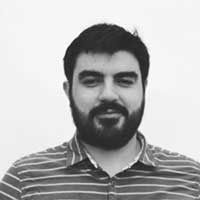 Born in Temuco, Chile. He obtained the B.S. degree on 2006, and Computer Engineer degree on 2007, both from the University of Chile. In 2011 he obtained the Ph.D. degree on Informatique at the INRIA/Loria Laboratory, Université Nancy 2, France supervised by Prof. Bernard Girau in the Cortex Team. The main topics of his PhD thesis were bio-inspired motion detection and perception. Since 2012 he joined the SCIANLab as FONDECYT postdoc working with Steffen Hartel at the Medicine Faculty, Universidad de Chile. Here, he worked on the quantification of 2D/3D structure in microscopy images. In January 2015 he was appointed Assistant Professor at the same institution. Currently, he works on the quantification of 2D dynamics of microscopy and ultrasound medical images supported by his FONDECYT Iniciación project (2016-2019). He is a young researcher of the Biomedical Neuroscience Institute (BNI), and Subdirector of the Center for Medical Informatics and Telemedicine (CIMT) created in 2015. 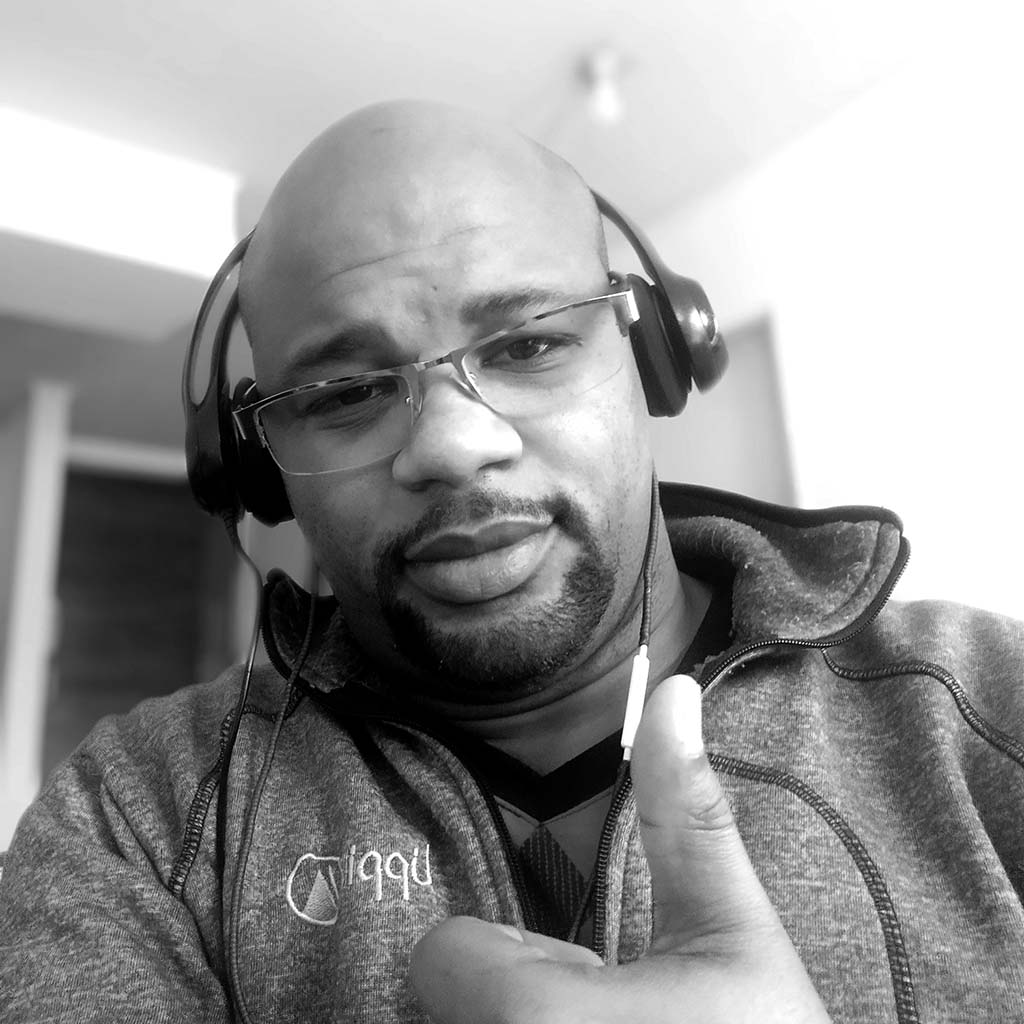 Born in 1982 in Santiago de Cuba, Cuba. He obtained the Informatic Science Engineer degree in 2008, from the University of Informatics Sciences, Havana, Cuba. In 2010 he obtained an M.Sc. degree in Applied Informatics, at the same University. From 2003 to 2008 he worked on several virtual reality projects (a shooter simulator, car-race videogame, and surgical simulator). In 2011 he started working on Medical Biophysics Center developing human movement analysis systems to provide biomechanical interpretations of diseases such as Stroke, Ataxias, and Parkinson. In 2012, he participated in a 4-month research internship at the University of New Brunswick (UNB) Canada under the supervision of Prof. Ed Biden, exploring Kinect sensors for markerless analysis of human movements. From 2013 to 2017 he worked on medical applications such as PACS System, developing modules for acquisition, storage, transmission, visualization and processing of Dicom images. Since 2018 he is a Ph.D. student in Computer Sciences at University of Chile under supervision of Ph.D. Nancy Hitschfeld and Ph.D. Mauricio Cerda. Currently, he works on topological data analysis for classification of noisy and high dimensional datasets supported by a grant from CONICYT 2018/BECA DOCTORADO NACIONAL-21181978. +56 2 2978 6436 ;

Carlos Cruz works as Assistant Professor at the department of Kinesiology of the Faculty of Medicine, University of Chile. From 2017, he is a PhD student at the University of Valencia (Physiotherapy program), Spain. The main topic of his PhD thesis is the myofascial force transmission and functional implication in patients with haemophilic arthropathy. Focusing on the neuromechanical interaction between uni and biarticular muscles in severe joint damage and the neural drive synergies, combining surface electromyography signals and ultrasound tracking of muscle tissue. The directors of the thesis are Sofía Pérez from University of Valencia, Mauricio Cerda from University of Chile (SCIAN-Lab) and Huub Maas of the Vrije Universiteit Amsterdam. +56 2 2735 4577 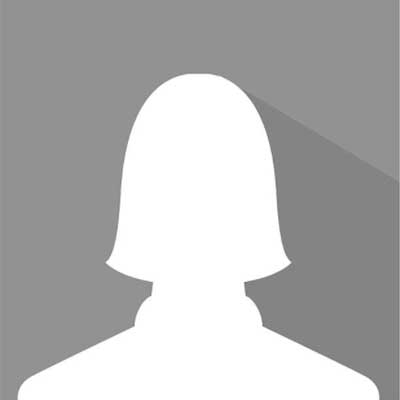 Born in Temuco, Chile. She obtained the Bioengineer degree in 2010 and M.Sc on Biochemistry and Bioinformatics in 2012 both from Universidad de Concepción. During her thesis headed by Maria de los Ángeles Garcia, Paula studied glucose sensing mechanism in hypothalamus, specifically how Glucokinase is implicated in the food intake regulation. In 2012, Paula joined Carola Millán laboratory to study how circadian clock is implicated in regulating Glucokinase expression through a genetic approach working also in David Rhoads s Lab at Harvard Medical School, Boston, US. In 2016, Paula became a Biomedical Sciences Ph.D. student and joined SCIAN-Lab to study cytoskeleton dynamics during cellular division through microscopy tools and biophysical approaches. In her current work she works mainly in collaboration with Jacques Dumais from Universidad Adolfo Ibañez and Mauricio Cerda from SCIAN-lab.

Born in 1989 in Antofagasta, Chile. His undergraduate thesis was titled “Implementation of the Tsunamigenic Alarm and Prediction Integrated System” (SIPAT) for the Computer Science Engineer degree at Santa Maria University in Valparaíso. He is currently a student of the Computer Science Master’s program at Universidad de Chile, with his thesis being oriented to the image analysis and individualization of microtubules.  +56 2 2978 6266 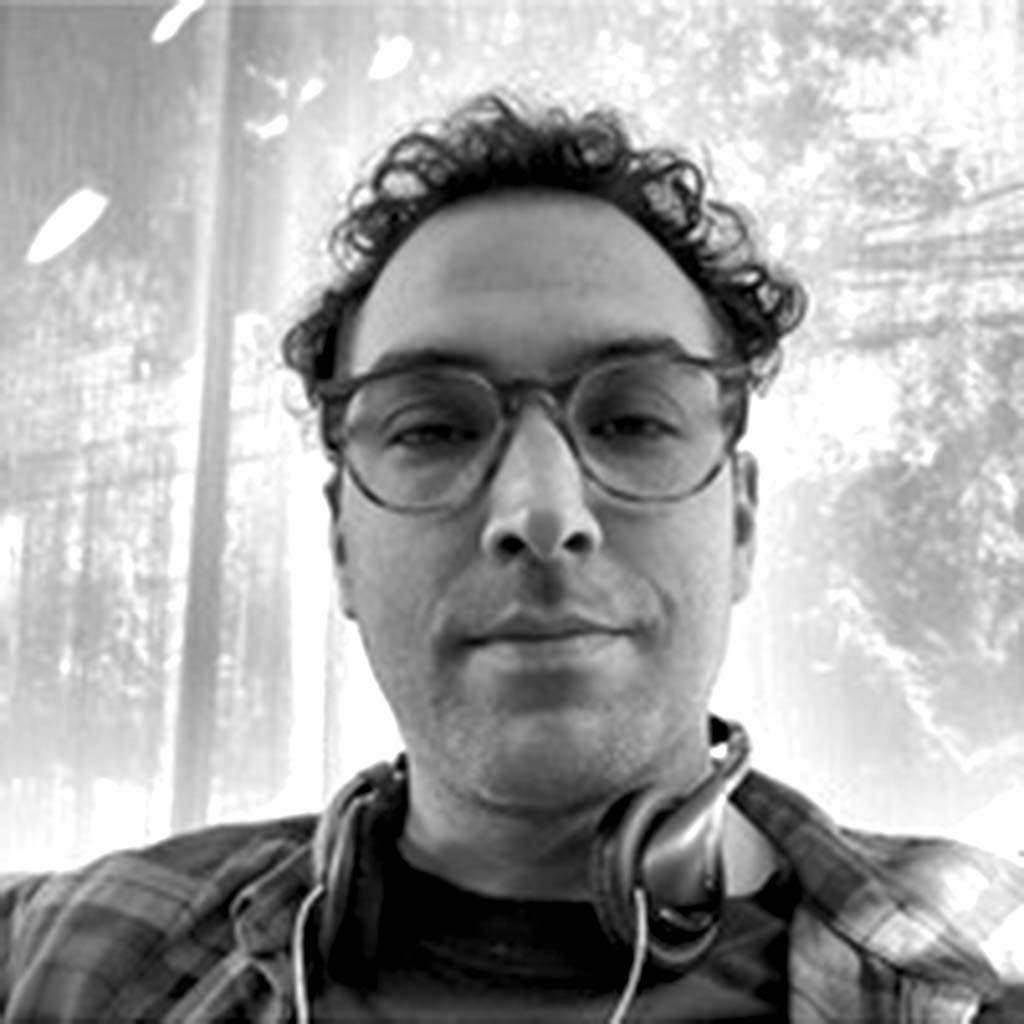 Born in Santiago, Chile. He obtained his bachelor’s degree and computer engineering at the Universidad de Playa Ancha in 2015. Work career as a Full-Stack developer, he has completed courses in Sound Art, Artificial Intelligence and Data Science at the University of Chile, he is currently a master’s candidate in the Information Technology program at the same university, his thesis corresponds to the study of a method to detect the degree of unilateral facial paralysis using machine learning tools. 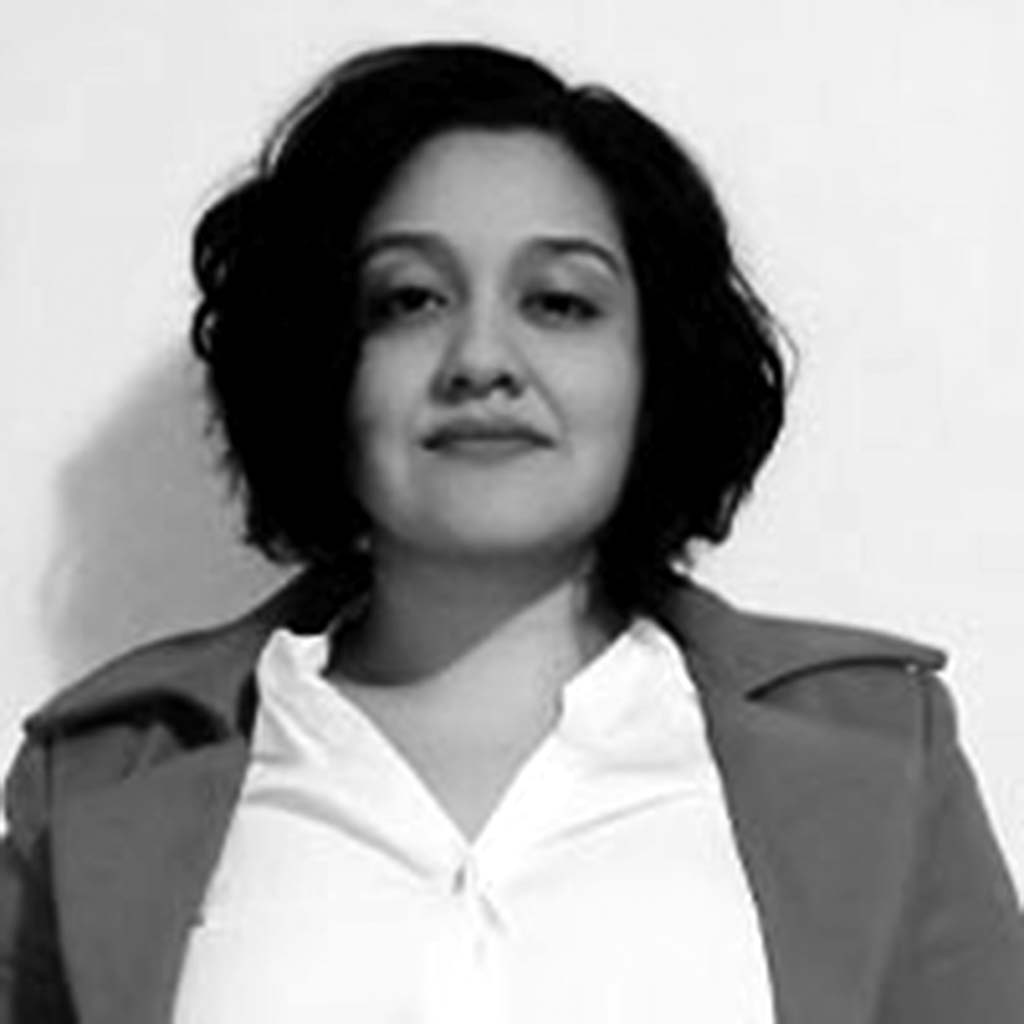 Born in Rancagua, Chile. Graduated in Physical Therapy in 2018 and in ergonomics in 2019 from the University of Chile. She is currently a student of the master’s degree in medical informatics at the same university. She is working in the ergonomics laboratory of the University of Chile supporting research projects related to ergonomics evaluation models, in addition to providing academic support to undergraduate students of physical therapy and postgraduate students in ergonomics. His research experience includes topics related to telework, ergonomic evaluation with emphasis on cognitive fatigue and dual tasks, and analysis of human movement related to postural balance using wearable and low-cost technology. e-mail: lizroman@ug.uchile.cl

Born in Santiago, Chile. He is Physical Therapist, Universidad de Chile. He obtained his bachelor degree and professional title in Physical Therapy on December 2016. Since February 2017 to the present he works in a clinic dedicated to the care of people with musculoskeletal injuries. He collaborates in research related to the analysis of biometric signals dedicated to the study of human motion. He is currently in the fourth semester in the master program in Medical Informatics (Universidad de Chile) and his research focuses on the 3D human pose estimation with a monocular camera and deep learning, with a focus on rehabilitation. Investigation guided by Professor Mauricio Cerda. +56 2 2978 6266 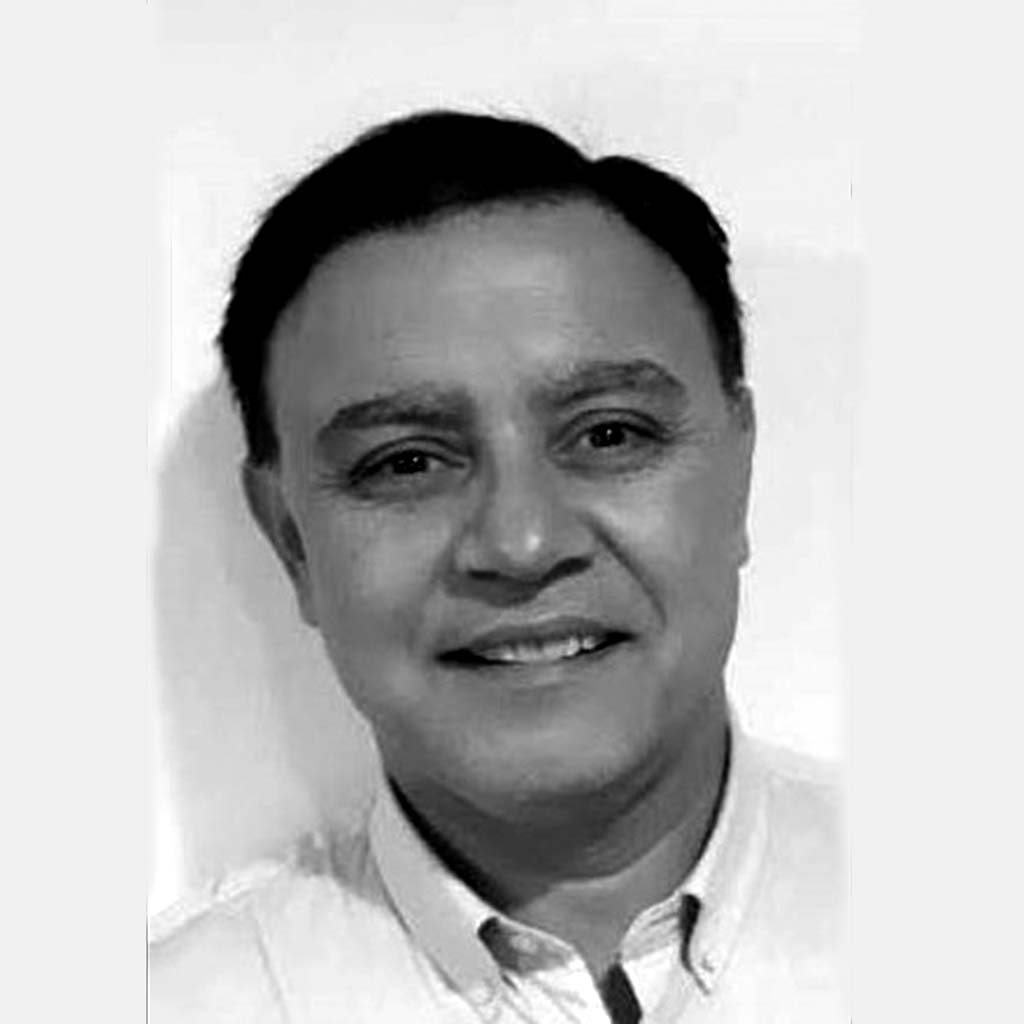 Born in Valparaíso, he studied Computer Engineering and is currently studying for a Master’s in Information Technology at the University of Chile. His thesis is under the supervision of Mauricio Cerda, working on the use of Machine Learning and Natural Language Processing algorithms for the identification and classification of people’s names. Rubén works in the business intelligence area of CorreosChile for almost 10 years and the main objective is to apply these models in the main layer of the business and to be able to be more efficient the work of the company. 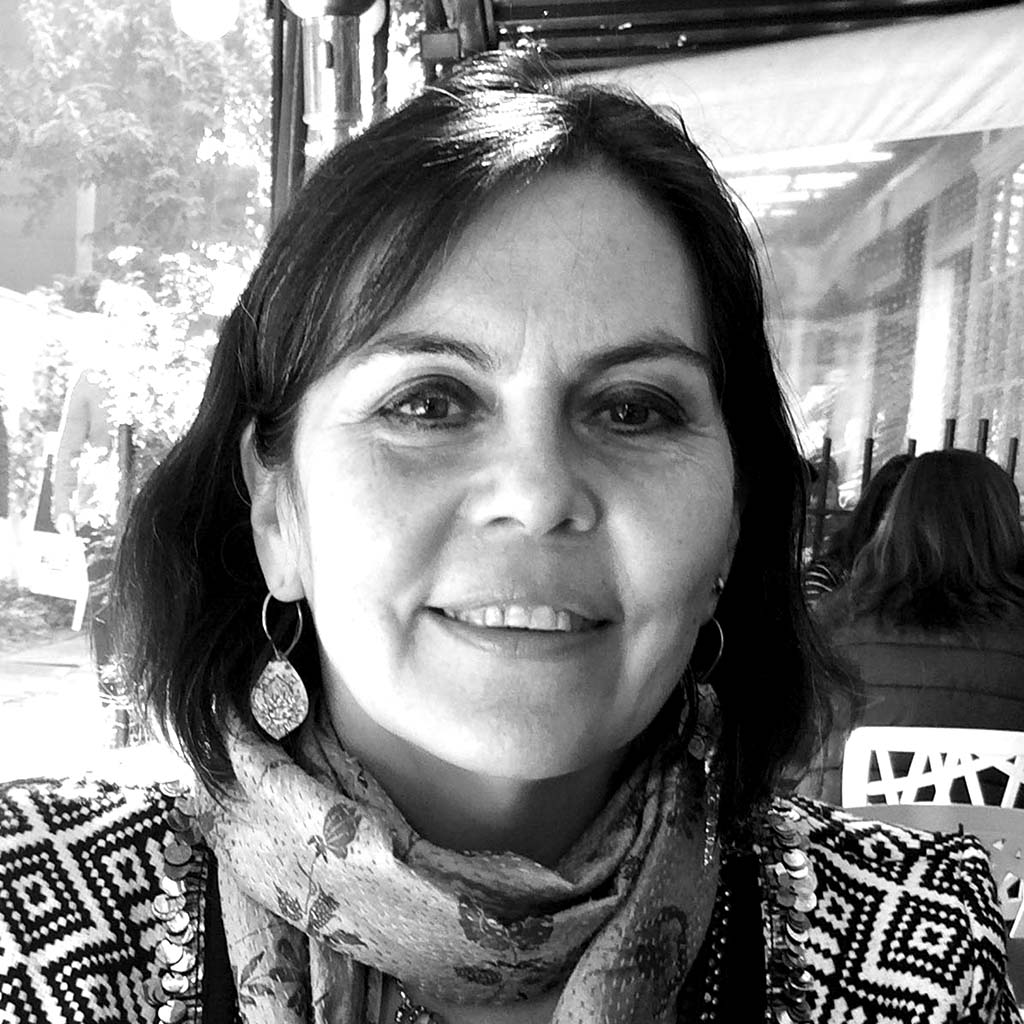 Born in Chuquicamata, Chile. He obtained his Industrial Engineer degree from the Universidad de Chile in 2017. He is currently an MSc Student in Medical Informatics double degree program at the Universidad de Chile and Heidelberg University. He is currently working in the project “Multiscale mechanics and self-organizing processes in developing systems” that is in the framework of an associative research program, where he performs image processing, analysis and data science. His research experience involves projects in the field of Bio-sensors, mainly focused on audio analysis using machine learning algorithms. Prior to his current work, he has worked in the telemedicine industry. 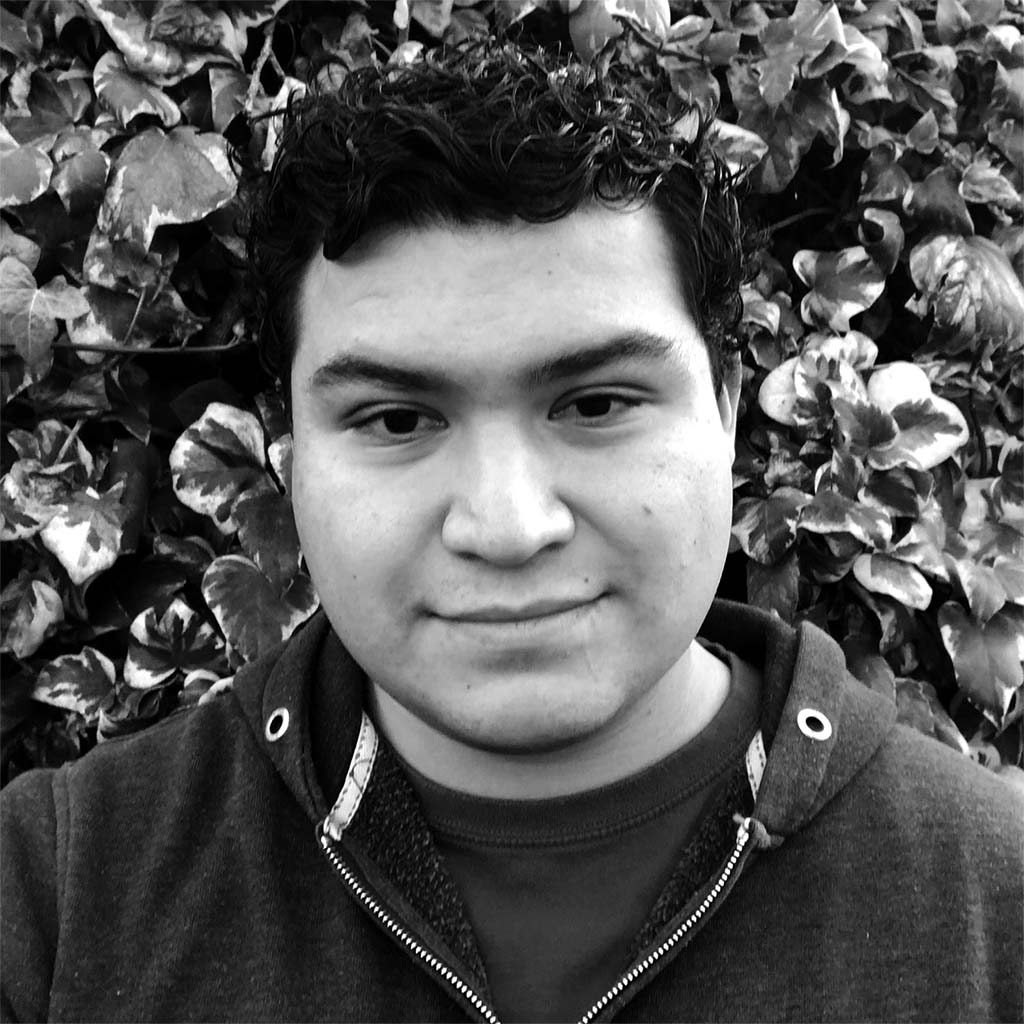 Born in 1995 in Santiago, Chile. He studies Electrical Engineering at University of Chile. His undergraduate thesis is being performed on the SCIAN-Lab under the supervision of Mauricio Cerda. He applies machine learning algorithms in order to segment HER2-overexpression in gastric cancer tissue. His main purpose is to reach semantic segmentation at cell level. His interest areas are machine learning, deep learning, computer vision, NLP, and the application of these technologies. 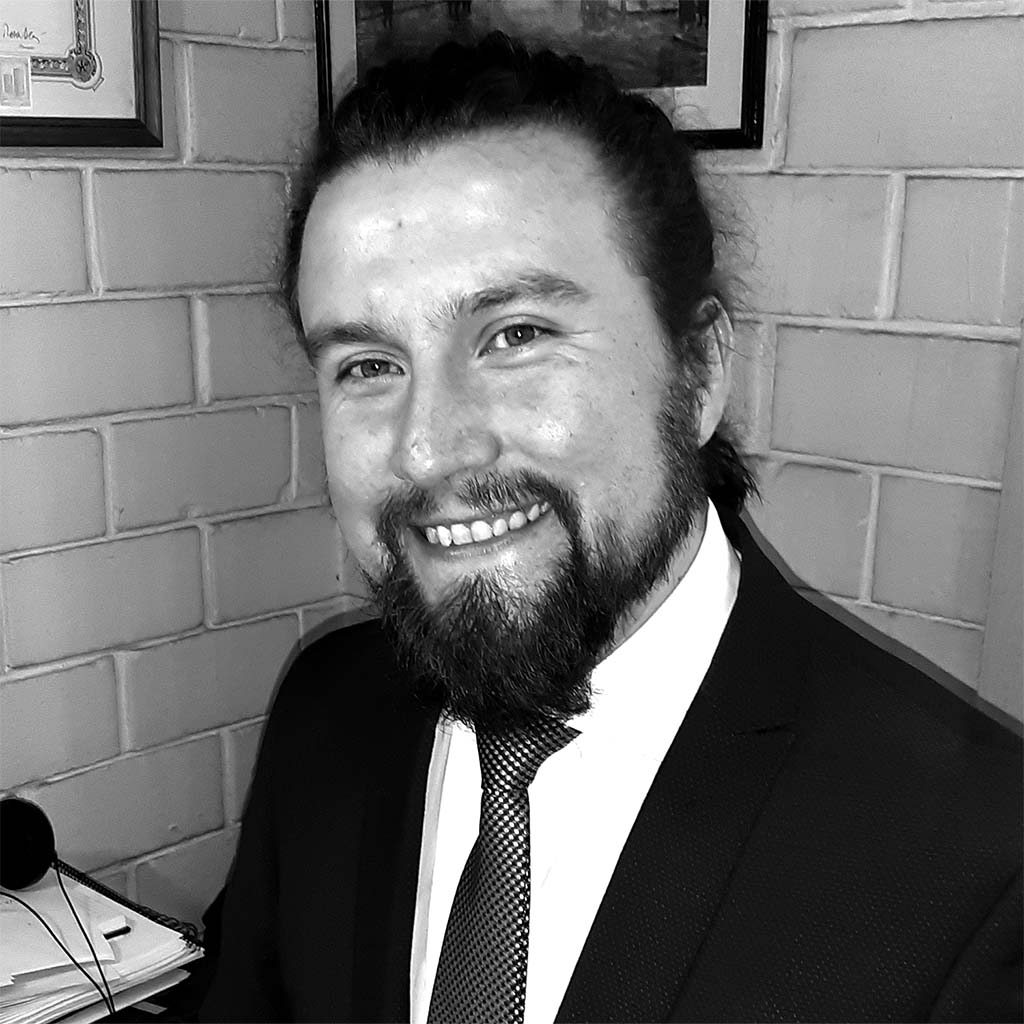 Born in Santiago, Chile. He obtained the B.S. degree and Electrical Engineer degree in 2010 both from the Faculty of Physical and Mathematical Sciences of University of Chile. In 2020 he obtained the Ph.D. degree in Electrical Engineering at the same university thanks to the Conicyt Scholarship. The main topics of his PhD thesis were detection of complex patterns using color and texture image features. In 2019 he obtained a diploma of Technology in Electrophysiology. He joined the SCIAN-Lab in September 2019, working with Dr. Victor Castañeda on his FONDECYT project. Currently he works as FONDEF postdoc in spectral analysis of EEG signals to determine postoperative diseases and audiological test detects early the presence of cognitive impairment in older adults (2019-2021). 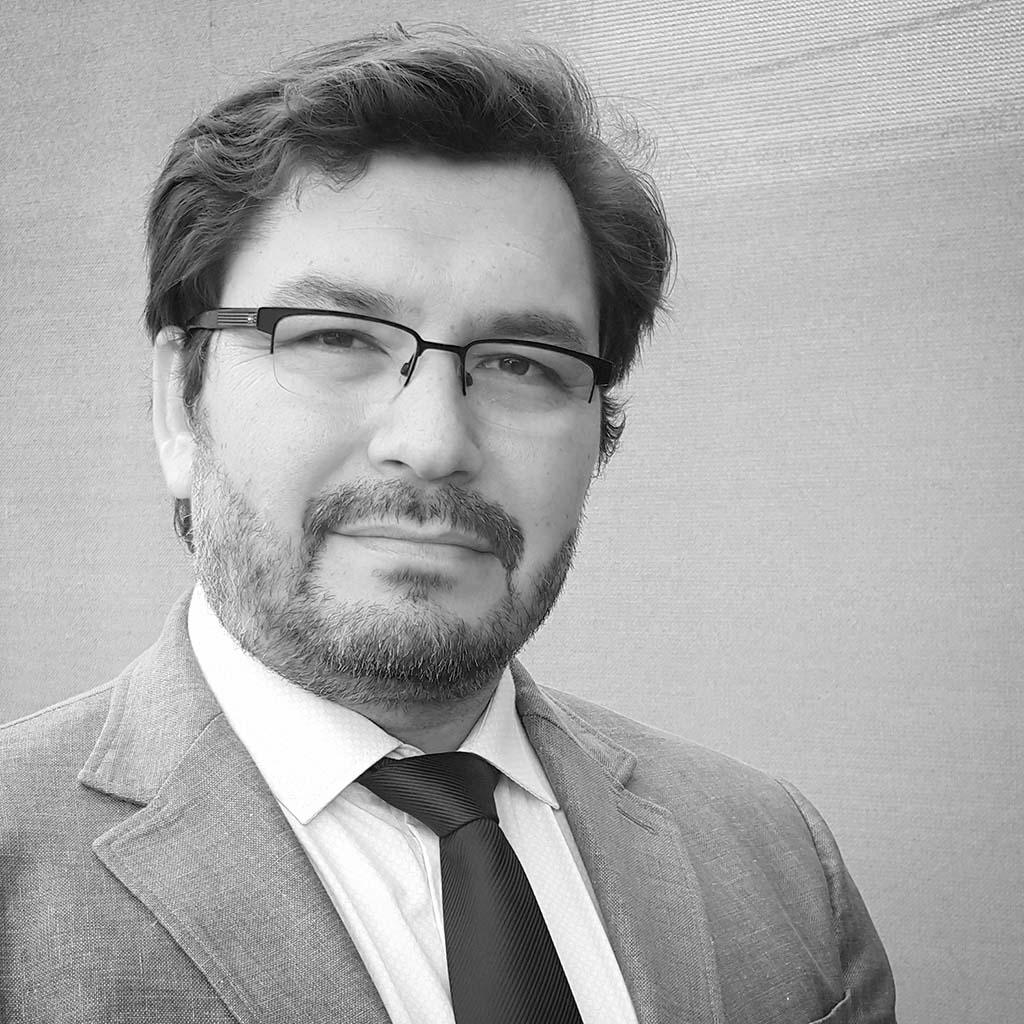 Born in Santiago, Chile. He obtained a B.S. degree on 2001 and Civil Engineer in Computer Science degree on 2006, both from the University of Santiago. In 2017 he obtained the MSc. degree on Medical Computer Science from the University of Chile. The subject of his thesis was Graduation of Partial Facial Paralysis using Optical Flow Methods. Between 2016 and 2019, he joined the Geroscience Center for Brain Health and Metabolism (GERO), Santiago, Chile, where he developed web applications for clinical studies and monitoring people with Alzheimer’s desease, applied DS for medical-scientific publications of exploratory and confirmatory analysis of peidemiological studides, and participated in the review of a multimodal corpus at the INRIA/Loria Laboratory, Nancy, France.